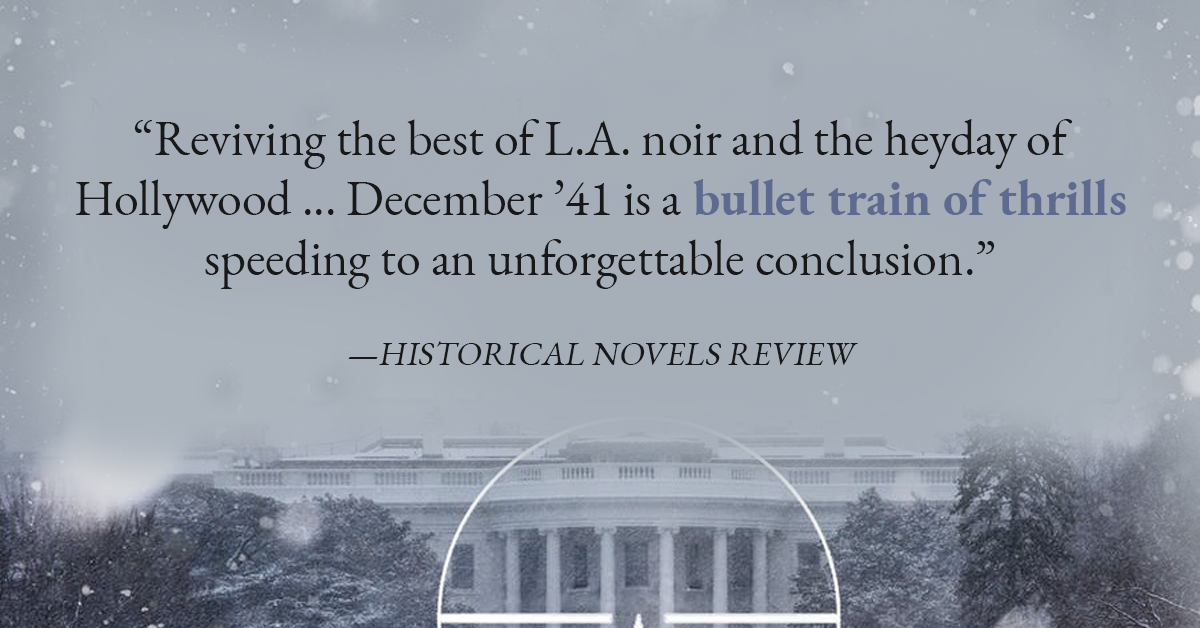 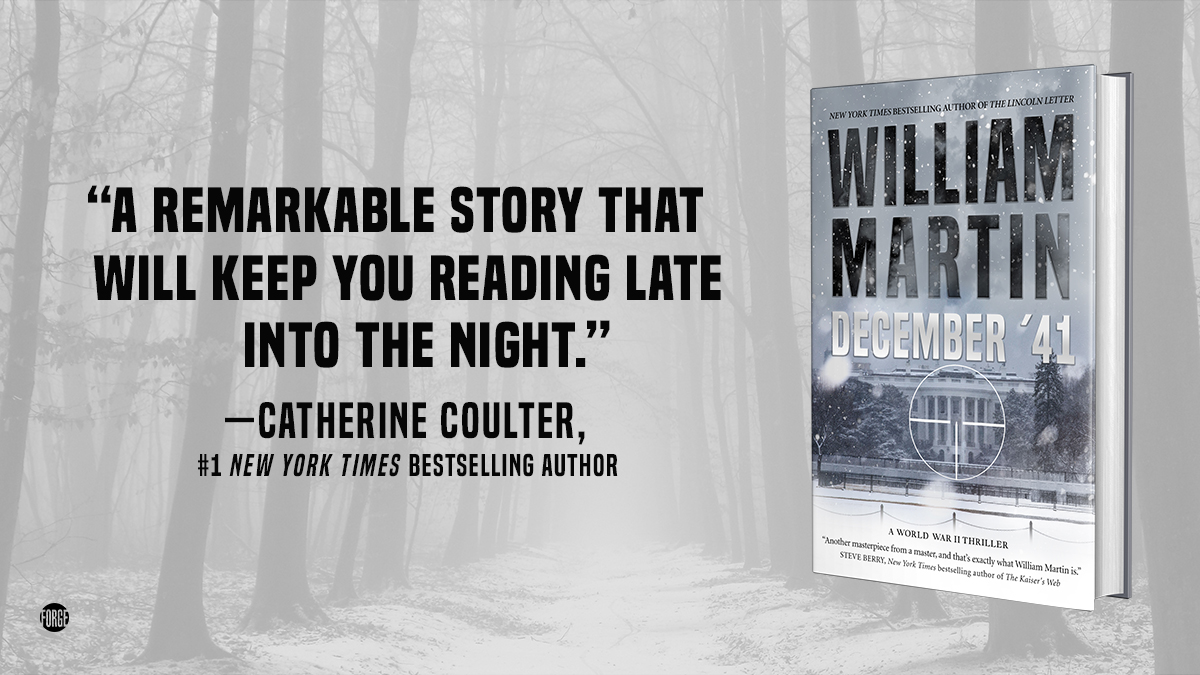 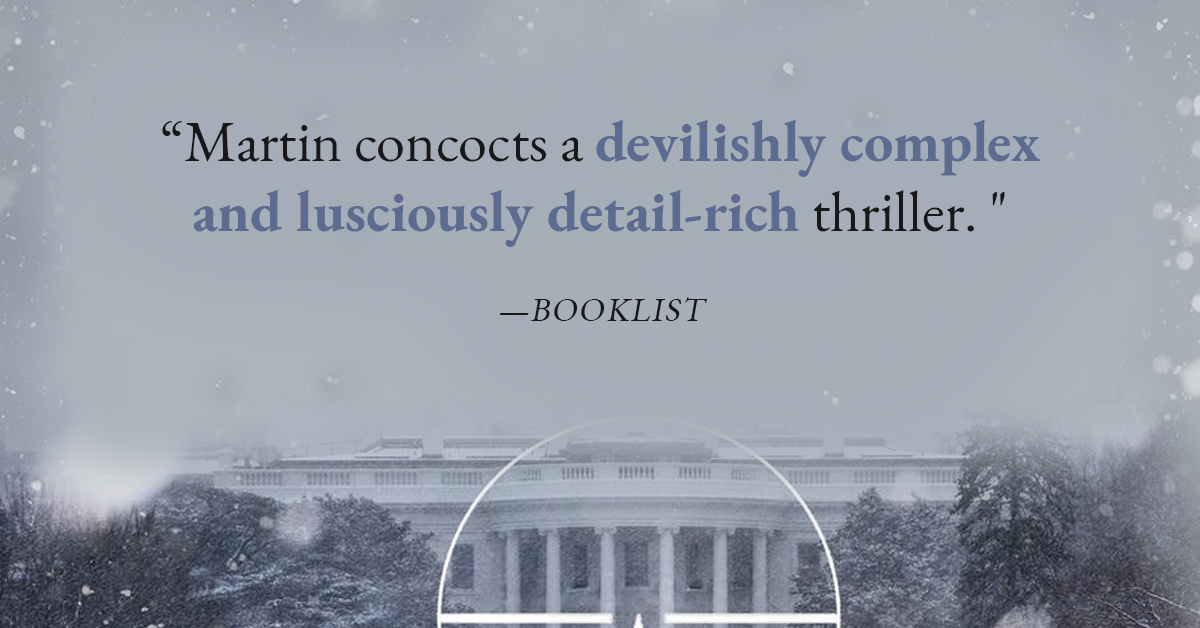 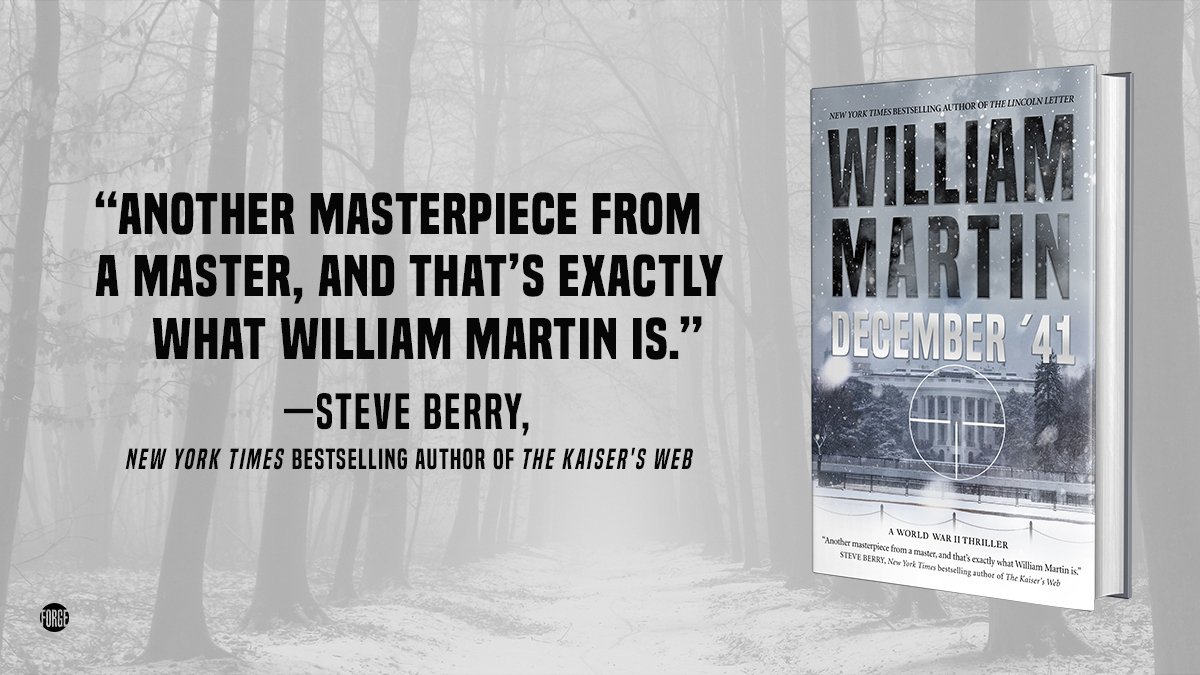 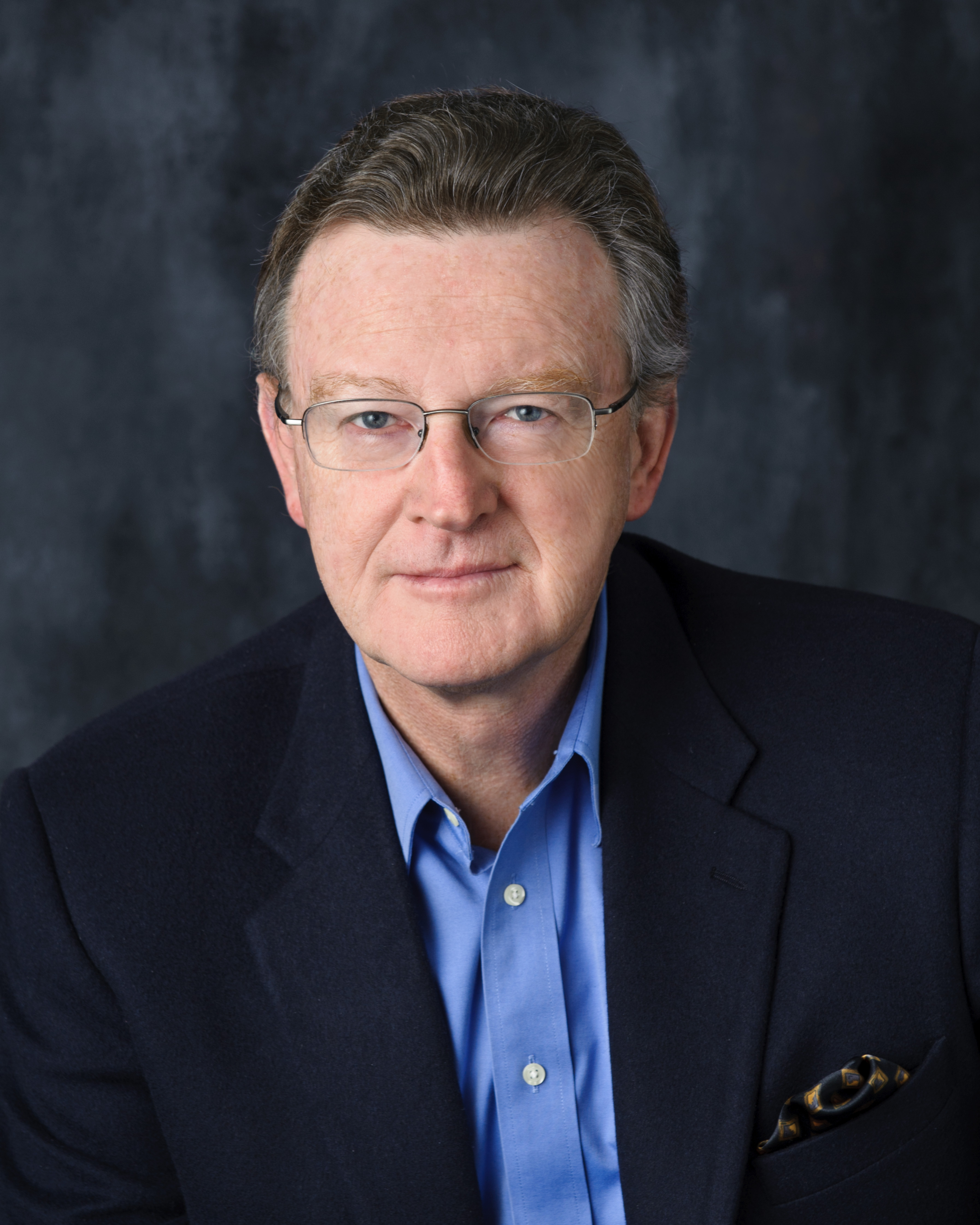 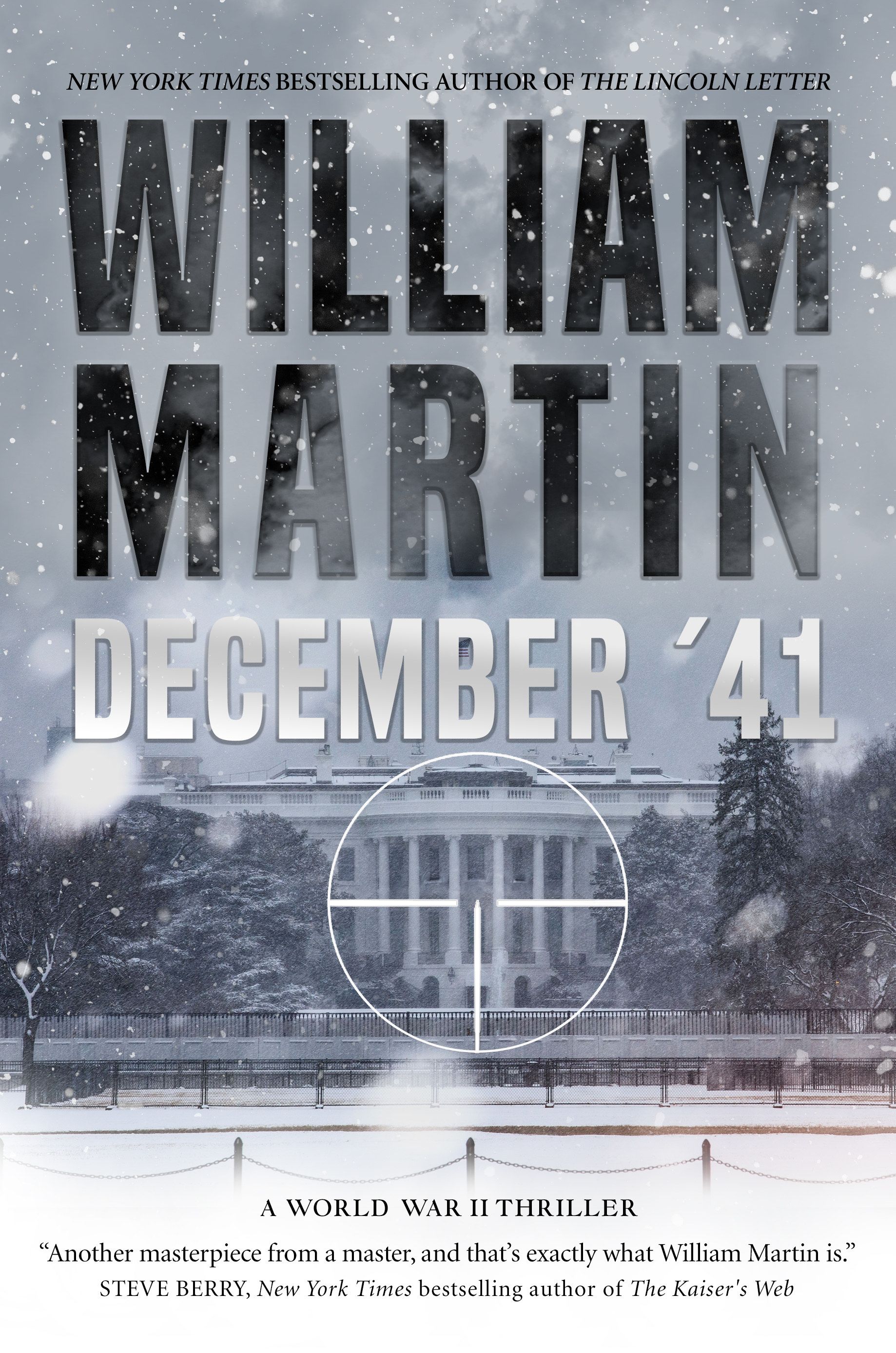 THE HISTORICAL NOVEL SOCIETY:
William Martin's propulsive thriller lays the tracks for an epic manhunt that will dictate the future of the nation....Reviving the best of L.A. noir and the heyday of Hollywood with slick dialogue, clever comebacks, and dogged detective work, December '41 is a bullet train of thrills speeding to an unforgettable conclusion.

William Martin simply knows how to write. And he knows how to write a smash-up story with atmospheric touches so authentic you'll forget you're in the 21st century. The subject matter here is deadly serious, but the characters who make cameo appearances --- big names from show biz in the 1940s --- liven up the novel and make you feel like a Hollywood insider. DECEMBER '41 is packed with history, thrills, chills and clever plot twists. So sit down, stretch out, open the book and fall inside this wonderful adventure.

BOOKLIST:
Americans, still reeling from Pearl Harbor, may have another shock coming. FDR insists on sticking with the plan to turn on the lights of the national Christmas tree in a public ceremony scheduled for December 24 on the White House lawn. But Nazi agent Martin Browning is sticking to another plan: assassinate the president just before he pulls the switch to light the tree... On the road to the Christmas Eve showdown, Martin concocts a devilishly complex and lusciously detail-rich thriller that winds... from Hollywood, where script reader Kevin Cusack, who earns extra money posing as a member of the German Bund, picks up chatter about an assassination plot. Could it involve the Leslie Howard look-alike (Browning) working in a Los Angeles clothing store? Echoing Ken Follett's classic Eye of the Needle, Martin builds tension superbly while surrounding the assassin and his pursuer with a rich panoply of supporting players and backstories.

"King of the historical thriller..."*

Before you settle in to enjoy December '41, click the link and have a look at a timeline of the events that surround the adventure. 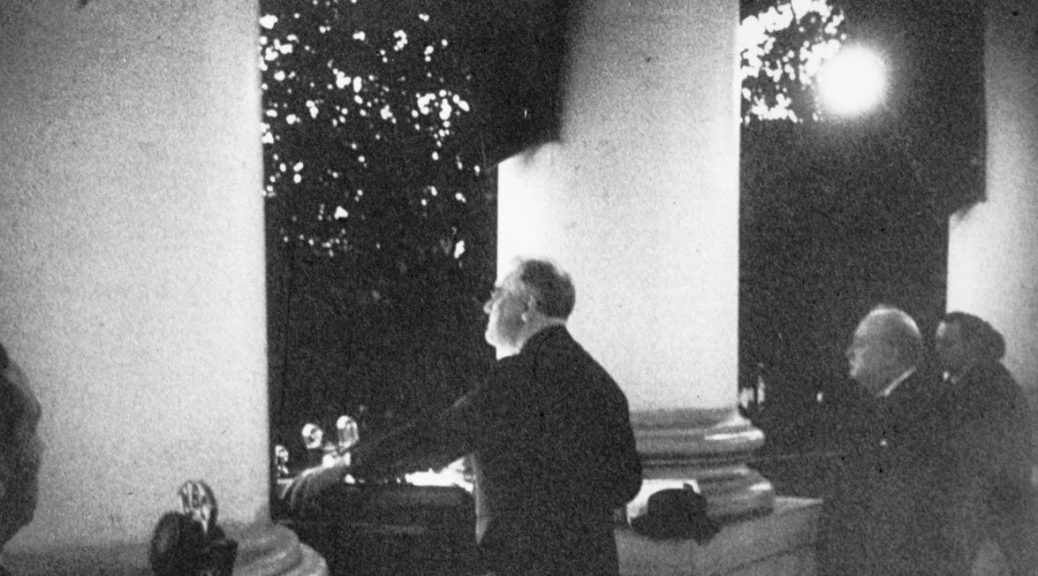 What Other Writers Are Saying:

"This pedal-to-the-floor historical spy thriller is a knockout... Old Hollywood collides with a secret Nazi cell and the result is a tautly written, adrenaline-filled roller coaster ride with the highest of stakes. Add in colorful characters, hairpin turns, and hold-your-breath suspense, and this has Do Not Miss stamped all over it." ―Karen Robards, New York Times bestselling author of The Black Swan of Paris

"William Martin's thriller December '41 is a well-written, well-researched, and utterly engrossing work of historical fiction. I loved the rich characters, the noir-like dialogue and settings, and the backdrop of those terrifying days in the American Homeland during the start of World War Two. A great piece of writing that was a blast to read." ―Mark Greaney, #1 New York Times bestselling author of The Gray Man

"Absolutely splendid, a cinematic thriller that takes us across the United States in the first days after Pearl Harbor. It places sharply observed heroes and an unforgettable villain at a unique moment in history, and reminded me of the great wartime movies. Bravo." ―Joseph Finder, New York Times bestselling author of House on Fire

"William Martin's December '41 is a propulsive and masterful historical spy thriller which feels ominously contemporary. Written in the best Alfred Hitchcock film style crossed with the books of Graham Green and Ken Follett. The frenetic pace and story are phenomenal, filled with classic twists and turns. Agents turn into double agents and, then, triple agents; this thrilling read grips you by the throat and never lets go!" ―Andrew Mayne, #1 Amazon best- selling author of The Naturalist and The Girl Beneath The Sea

"William Martin is the consummate storyteller! His brilliant December '41 is a contemporary take on the classic spy thriller―It's Herman Wouk meets The Day of the Jackal, with the ticking time bomb expertise of Hitchcock―and it is irresistible. Instantly cinematic and endlessly entertaining, December '41 is an absolute page turner. Martin's impeccable research shines through, seamlessly, in this historical look at old Hollywood, World War II, and the profound triumph of the human spirit." ―Hank Phillippi Ryan, USA Today bestselling author of Her Perfect Life

"Richly imagined, deftly plotted and deeply researched, this atmospheric thriller captures the bygone world of the USA in the troubled days after Pearl Harbor while paying tribute to the great noir novels and films of our past. December '41 will delight fans of this gifted and versatile author while attracting a legion of new devotees. I became so engaged in reading this fast-as-a-bullet tale that I lost track of the time and missed an appointment. Be warned: Clear your schedule before you turn to page one." ―Ralph Peters, author of Cain at Gettysburg and The War After Armageddon

"William Martin is one of the best fictional interpreters of history working today. His December '41 reveals the world-changing era that pulled the U.S. into wars and struggles that continue to shape all our lives well into the 21st Century. He reports it all, the heroes and villains, the fallen and the forlorn, the struggles of human beings across the global for freedom." ―James Grady, New York Times bestselling author of 3 Days of the Condor

"Against the backdrop of perhaps the most momentous month in U.S. history, William Martin has crafted a first-class mystery. The detail is sharp and the pace breathless. An imaginative story, brilliantly told!"
―Ward Larsen, award-winning, USA Today bestselling author of Assassin's Strike