Check back often as we move away from Covid and back to events at bookstores and libraries. My 12th novel, December '41, will be hitting stores in Spring of 2022, and I will be hitting the road to spread the word. Can't wait.

Speaking at the National Book Festival in the Fiction Pavilion, which rises on the site where The Lincoln Letter reaches its climax. 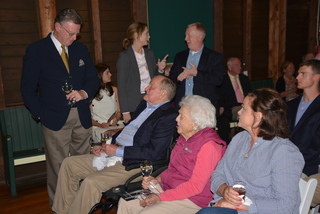 Before speaking at the Kennebunkport Library Foundation, meeting President and Mrs. Bush.

Are you looking for an insightful, original speaker who will keep your audience on the edge of their seats? Then you'll love best-selling author William Martin.... an ideal keynoter for sophisticated groups who have seen and heard it all." - Sam Horn, 17-time Emcee of the Maui Writers Conference and author of POP. 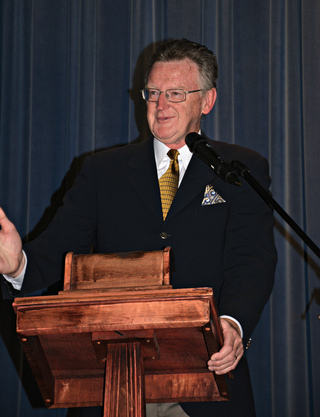 William Martin lectures on a wide range of topics:

Where do You Get Your Ideas? A tour of places an author finds inspiration and a few lessons for folks in any field looking to tap their sources of personal creativity.

George Washington and Leadership: A Life in Five Acts

Lincoln and Liberty, Too! The arc of Lincoln's presidency, traced through rare Civil War photographs.

Boston's Back Bay: A City Grows Before Us A photographic tour of nineteenth-century Boston.

Across a four-dacade career, William Martin has spoken before hundreds of audiences from New England to Hawaii, at major book fairs, at the Library of Congress National Book Festival,  the United States Naval Institute Conference, the New-York Historical Society, the Philadelphia Atheneum, the Mount Vernon Conference on George Washington... as well as on major television and radio nwetworks, including PBS, Fox, and Bloomberg.